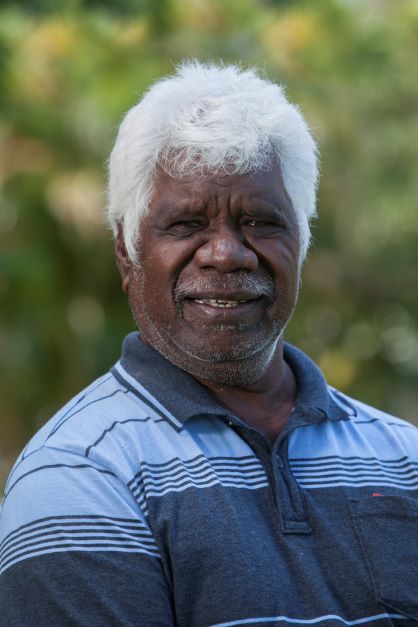 The Director of National Parks has indicated they will be entering a plea of not guilty.

The prosecution relates to the construction of a walkway to the top pools of Gunlom, a significant sacred site to Jawoyn people in the southern part of the World Heritage listed, and jointly managed, Kakadu National Park.

The Aboriginal Areas Protection Authority alleges that the walkway impacts features of the sacred site against the wishes of custodians, and that its construction was in breach of the Northern Territory Aboriginal Sacred Sites Act 1989 (NT).

A not guilty plea is anticipated as part of a negotiated pathway to seek a resolution of the constitutional matter in the Supreme Court of the Northern Territory.

The matter has been relisted before the Local Court on 10 September 2021 so that the Court can consider a referral of the constitutional matters to the Supreme Court of the Northern Territory.

Quotes from Mr Bobby Nunggumajbarr, the Chairman of the Aboriginal Areas Protection

‘As Australians, we respect the Crown law, but the Crown law must include us, and respect us as Aboriginal people too.’ said Mr Nunggumajbarr.

‘We need to know that Munanga (white person) law is strong and can protect our sites on any land in the Northern Territory.’

‘Our law for our sacred places is powerful, and we need Munanga (white person) law to be strong too. We stand with the custodians in seeking an urgent outcome to this.’